END_OF_DOCUMENT_TOKEN_TO_BE_REPLACED

From his magnum opus ‘Jesus and Israel’.

Christian teaching worthy of the name should

2. recall that a large part of Christian liturgy is borrowed from it, and that the Old Testament, the work of Jewish genius (enlightened by God), has been to our own day a perennial source of inspiration to Christian thought, literature and art;

4. acknowledge and state openly, taking inspiration from the most reliable historical research, that Christianity was born of a living, not a degenerate Judaism, as is proved by the richness of Jewish literature, Judaism’s indomitable resistance to paganism, the spiritualization of worship in the synagogues, the spread of proselytism, the multiplicity of religious sects and trends, the broadening of beliefs; take care not to draw a simple caricature of historic Phariseeism;

5. take into account the fact that history flatly contradicts the theological myth of the Dispersion as providential punishment for the Crucifixion, since the Dispersion of the Jewish people was an accomplished fact in Jesus’ time and since in that era, according to all the evidence, the majority of the Jewish people were no longer living in Palestine; even after the two great Judean wars (first and second centuries), there was no dispersion of the Jews of Palestine;

6. warn the faithful against certain stylistic tendencies in the Gospels, notably the frequent use in the fourth Gospel of the collective term “the Jews” in a restricted and pejorative sense – to mean Jesus’ enemies: chief priests, scribes, and Pharisees – a procedure that results not only in distorting historic perspectives but in inspiring horror and contempt of the Jewish people as a whole, whereas in reality this people is in no way involved;

7. state very explicitly, so that no Christian is ignorant of it, that Jesus was Jewish, of an old Jewish family, that he was circumcised (according to Jewish Law) eight days after his birth; that the name Jesus is a Jewish name, Yeshua, Hellenized and Christ the Greek equivalent of the Jewish term Messiah; that Jesus spoke a Semitic language, Aramaic, like all the Jews of Palestine; and that unless one reads the Gospels in their earliest text, which is in the Greek language, one knows the Word only through a translation of a translation;

9. not fail to observe that during his human life, Jesus was uniquely “a servant to the circumcised” (Rom. 15:8); it was in Israel alone that he recruited his disciples; all the Apostles were Jews like their master;

10. show clearly from the Gospel texts that to the last day, except on rare occasions, Jesus did not stop obtaining the enthusiastic sympathies of the Jewish masses, in Jerusalem as well as in Galilee;

11. take care not to assert that Jesus was personally rejected by the Jewish people, that they refused to recognize him as Messiah and God, for the two reasons that the majority of the Jewish people did not even know him and that Jesus never presented himself as such explicitly and publicly to the segment of the people who did know him; acknowledge that in all likelihood the messianic character of the entry into Jerusalem on the eve of the Passion could have been perceived by only a small number;

12. take care not to assert that Jesus was at the very least rejected by the qualified leaders and representatives of the Jewish people; those who had him arrested and sentenced, the chief priests, were representatives of a narrow oligarchic caste, subjugated to Rome and detested by the people; as for the doctors and Pharisees, it emerges from the evangelical texts themselves that they were not unanimously against Jesus; nothing proves that the spiritual elite of Judaism was involved in the plot;

13. take care not to strain the texts to find in them a universal reprobation of Israel or a curse which is nowhere explicitly expressed in the Gospels; take into account the fact that Jesus always showed feelings of compassion and love for the masses;

14. take care above all not to make the current and traditional assertion that the Jewish people committed the inexpiable crime of decide, and that they took total responsibility on themselves as a whole; take care to avoid such an assertion not only because it is poisonous, generating hatred and crime, but also because it is radically false;

15. highlight the fact, emphasized in the four Gospels, that the chief priests and their accomplices acted against Jesus unbeknownst to the people and even in fear of the people;

16. concerning the Jewish trial of Jesus, acknowledge that the Jewish people were in no way involved in it, played no role in it, probably knew nothing about it; that the insults and brutalities attributed to them were the acts of the police or of some members of the oligarchy; that there is no mention of a Jewish trial, of a meeting of the Sanhedrin in the fourth Gospel;

17. concerning the Roman trial, acknowledge that the procurator Pontius Pilate had entire command over Jesus’ life and death; that Jesus was condemned for messianic pretensions, which was a crime in the eyes of the Romans, not the Jews: that hanging on the cross was a specifically Roman punishment; take care not to impute to the Jewish people the crowning with thorns, which in the Gospel accounts was a cruel jest of the Roman soldiery; take care not to identify the mob whipped up by the chief priests with the whole of the Jewish people or even the Jewish people of Palestine, whose anti-Roman sentiments are beyond doubt; note that the fourth Gospel implicates exclusively the chief priests and their men;

These eighteen points have in fact served as a basis of discussion for a (Christian) commission, the Third Commission of the International Emergency Conference of Christians and Jews at Seelisberg, Switzerland, in August 1947. From these deliberations emanated the important document known under the title of the Ten Points of Seelisberg.”

END_OF_DOCUMENT_TOKEN_TO_BE_REPLACED 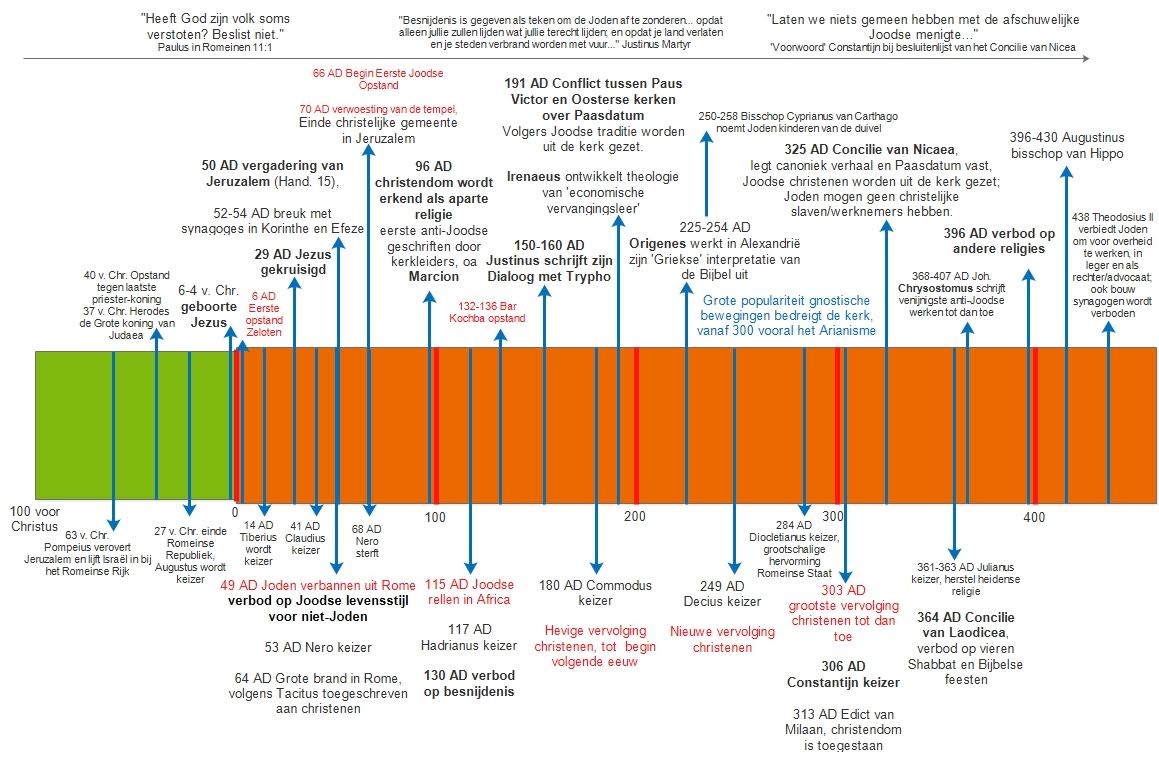